After months of indecision and confusion from our leaders we are finally wearing facemasks – a bit. On public transport and for customers in shops it’s official, though without much hope of enforcement. Staying at home as a full time carer, the only shop I have been to is the tiny Boots’ pharmacy attached to our doctors’ surgery. Actually lots of people aren’t going to real shops; busy working couples who have been doing on line shopping for years and the ‘vulnerable’ who have discovered on line shopping and don’t trust anything the government says.

At our little chemist the staff have always worn masks and only let one person in at a time, so it feels safe, with the added benefit of privacy for discussing personal medical stuff. But I miss the jolly days crammed in with bored toddlers and having a joke with bored adults as we all waited and wondered who would hit the jackpot and get their prescription next or at all. And of course listening in to other people’s strange medical problems or listening in to the medical problems of strange people…

In Covid times we wait outside, not too many people, but with plenty of opportunity for confusion. You may think someone is pushing in, but they are making their way to the outer door of the surgery to ring the bell and report to the all powerful receptionist, who tells them to wait outside until summoned on their mobile phone; leaving them with the dilemma of which queue to stand in. The rest of us are either queueing to go in to the pharmacy or have already been in but have to wait for our prescriptions.

On my first visit with official mask wearing I got a tickly cough ( NOT a Covid cough ) as soon as I got inside – what to do? Rip off mask and take a sip out of my water bottle? NO, not allowed to touch mask let alone remove it.

One of the regular staff is always friendly and helpful, but a good while ago he was away and when he came back had lost his voice, reduced to a whisper, that was okay without a mask… I had no idea if he could hear my mask voice properly; I was there to collect new prescriptions, with either no idea what they were called or how to pronounce them and also to explain that as we were having a regular medicine in liquid form could we cancel the repeat prescription for the capsules… He checked the computer screen and the bag of medicines and the forms, but he may as well have been speaking in Martian. I understood only his last whispered words Address, post code – for a moment I thought the mask would make me forget my own address, but I managed that bit and just hoped what was in the heavy bag was all the correct stuff.

As I was leaving I did feel, in my stuffy mask, on a hot day, looking forward to taking it off as soon as I got round the corner…  I did feel at last I was part of the Covid Community.

As I was leaving, another staff member came out to give a lady her prescription and asked her address, the woman instinctively pulled down her mask to say her address…

I looked at the list of unpronounceable names on the drugs list. They actually trusted people to administer these to their loved ones? Trusted wives, sons, nieces, the next door neighbour to hand out the right tablets in the right number at the right time? The hospital expected me to ‘do the meds’ without a key or a trolley?

Four tonight, next two days four twice a day, the following day three twice a day… take one three times a day… what a collection, what a selection of pretty sweets for Brian’s ghastly grandchildren; pity they won’t be visiting. This corona virus; good excuse for his daughter to get out of helping and Young Brian away in Spain, couldn’t get a flight back. Not so resentful of me now they have a free carer for their father. I certainly didn’t sign up for this.

Better get organised. Take with food… must be taken one hour before eating… swallow with one glass of water… box of 32 paracetamol, that’s handy, in great demand at the moment, I’m sure Brian doesn’t need those with all the other stuff. A quarter tablet, how the hell am I meant to cut up that microscopic tablet. See leaflet for possible side effects, take me all night to read this… must seek medical help immediately if you accidentally take more than the prescribed dose. Wouldn’t that be a shame, could happen easily, especially with the size of the writing on those little brown bottles… oh, I thought it said 12 not 2 tablets. Ah… ONE 3 times a day, not 3, 3 times a day? No wonder, that explains it…

‘So Mrs Green, take this prescription with you and leave by the second door on the left.’

Mrs. Green trudged wearily along the dreary corridor of the surgery then hesitated at the yellow door. She had never noticed it before, there was no number or name. Warily she pushed it open and was blinded by a bright light, sunlight. Shielding her eyes, she realised she was in a beautiful walled garden. The old lady had often wondered what lay at the back of the doctors’ surgery.

A child’s laughter floated towards her and a little figure appeared running along the gravel path. The child stopped then ran back to a young woman sitting on a garden seat, head back, eyes closed. The older woman approached, but seeing the blissful expression on the mother’s face she perched herself on the other end of the bench, not wishing to disturb her. The child shot off again and Mrs. Green looked around for a father or granny, concerned he might run away, but the garden was safely enclosed. She noticed other seats, other people sitting or strolling and up in an old apple tree several children were perched.

The old lady unfolded the prescription.

NHS Therapy 3,000 hours of sunshine,  to be taken daily. If you miss a dose take double the next day.

There must have been a mistake, now she would have to go back and ask about her tablets, but in the meantime she needed a rest. The scent of the flowers brought back childhood memories. A stroll along the path to admire the herbaceous borders would be very pleasant, but first she would close her eyes and feel the sun on her face. The happy chatter of the children was soothing and she was so glad she had come to the doctors’ this morning, although she could not recall which of her conditions she had come to see him about. 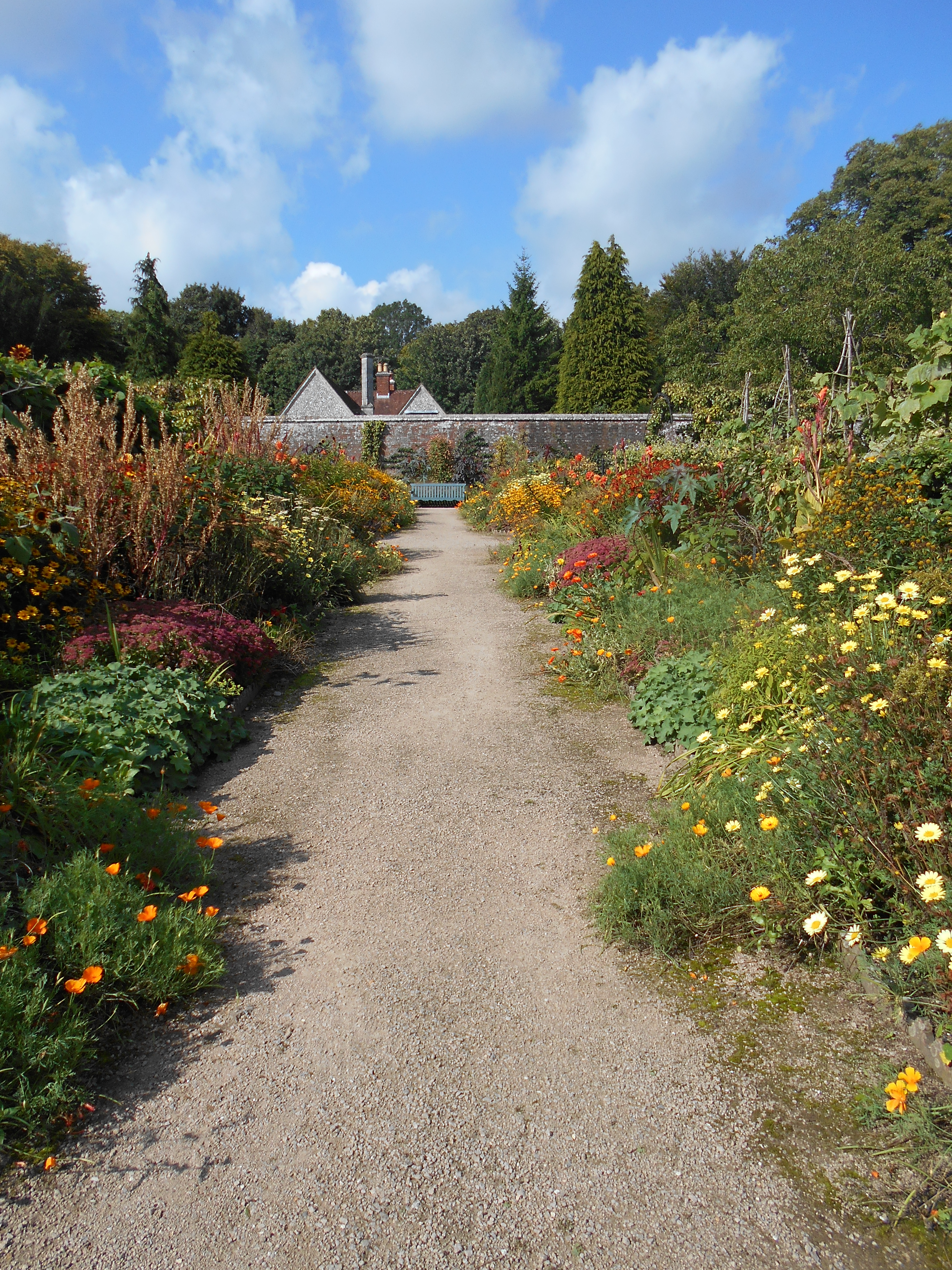 Doctor Brown gazed out of the upstairs window of the staff room and turned to his colleague.

‘Who would have guessed it would work so well, of course this weather helps, but rain hasn’t put off the diabetes type 2 group. They were glad of it after all the planting they’d done.’

‘Yes, the pharmacist says she’s issuing half the prescriptions, especially for anti-depressants and blood pressure medication.’

‘…and the attention deficit disorder group are doing much better at school.’