There is only one event certain to happen during the Christmas season, the winter solstice; Winter solstice 2018 in the Northern Hemisphere will be at 22:23 Greenwich Meantime on Friday 21st December, it is a moment, not a day. But for those of us who are not scientists it just means the shortest day; 7 hours 49 minutes and 41 seconds in Britain. While the shops are crowded with shoppers, others will flock to Stonehenge; the prehistoric monument is carefully aligned on a sight-line that points to the winter solstice sunset.
People were celebrating at this time of year long before some spin doctor had the brilliant idea of tacking Christmas on to Yueltide. Apart from the weather, Christmas is what we make it and after all the media and commercial hype, when Christmas Day finally arrives it is centred on the home, each family creates its own traditions.

Events in our lives can be marked by where we spent Christmas. When I was twenty I arrived at Heathrow Airport at six o’clock on Christmas morning, for a six month working holiday that stretched into infinity. The airport was huge and deserted, but by some miracle I found my way to the waiting relatives; back at their home I saw colour television for the first time. The weather was mild and damp, pretty normal for the south of England, but I had forgotten how early it gets dark at that time of year. On Boxing Day I was glad to get out with the relatives for a walk and fresh air; day two, out on a misty Surrey heath, it felt right to be back, but on day one in the airport I could never have guessed I would end up living nearby, working there. 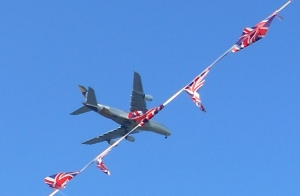 3 thoughts on “The Ghosts of Christmas Past – Episode Two”