‘You’re not going to MRS again today are you Dane?’

‘Yes, it’s a nice day to be out digging, we’re hoping to bring up that gantry from the river bed today.’

‘What on earth is a gantry?’

‘Like a big metal bridge that held the signs for motorists.’

‘Why don’t you come down and join me for lunch, they’ve got Burger King up and running now.’

‘I’m not hovering over all those fields and through that wood. When they’ve got the flylane established, then I’ll come.’ 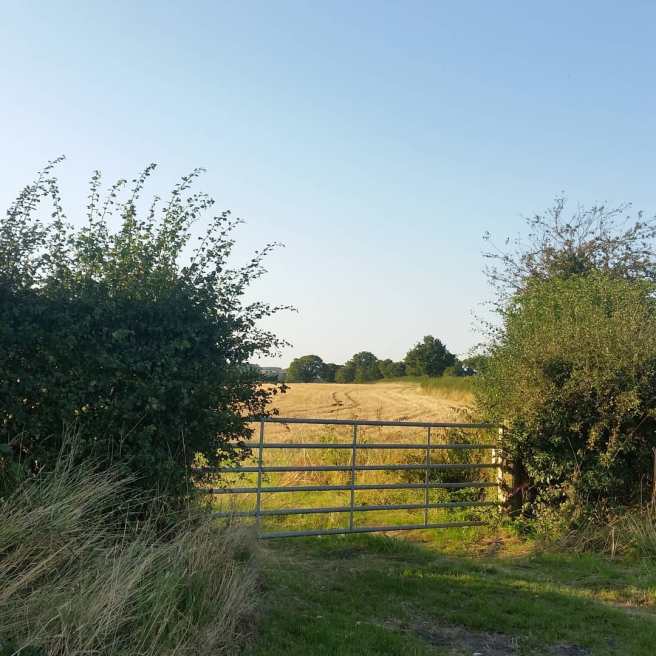 Mona sighed as she watched her husband glide off on his hoverscooter. This was not how she had imagined their retirement; the dirigible cruise had still not been booked and at the age of 75 Dylan had entered a second childhood playing with cars.

Dylan skipped across the lush summer fields, anticipating a busy day with two more cars arriving for restoration. Soon they would have enough vehicles for the traffic jam display and he pictured the gantry proudly straddling the 200 metre section of motorway with signs such as  SEVERE CONJESTION AHEAD, TWO LANES CLOSED, 20MPH…

There was great excitement as he emerged from the wood.

‘Hey Dylan, come and have a look, we think we’ve found a lorry; dig down a bit more and we should know for sure.’

It was too good to be true, a genuine HGV? Most lorries and trucks had been commandeered, legally and illegally, for housing after the fossil fuel ban. He imagined his grandchildren clambering up into the driver’s cab, but that day was a long way off, even if the lorry was in one piece it would take years of restoration. His friend read his thoughts.

‘Don’t get too excited, it is probably entwined in tree roots, we might never get it out. Anyway, you’re needed down at the river, they’re having trouble with the gantry, good job we have that school party in doing field work.’

But before Dane reached the river bank he was summoned by another of the volunteers.

‘Great news, the bridge is finished, we need you to do a trial run.’

After a lifetime in the methane industry Dane wanted to work with cars not cows now, but he was the only expert they had, the only one who could persuade a herd of cows to walk across the recreated bridge that spanned their short section of excavated motorway. He only had himself to blame, he had found the faded old photograph and research showed that farms had been sliced in half by motorways and cows had to cross a footbridge to get to another field or their milking parlour.

A couple of hours later the volunteers and school history students were gathered in Burger King for their lunch break. Dane was exhausted, walking over bridges was not what the local cows were used to. As the youngsters tucked into their burgers they looked disappointed, one of them spoke up.

‘Tastes just like our bean burgers, I thought we were going to get something exciting. What was so special about Burger King anyway?’

‘So what were they made of?’

Their faces went green. ‘WHAT… you mean they killed the cows and ate them, that is disgusting. How did they get enough methane for the power stations if they kept eating the cows?’

After lunch everyone headed over to see the wreck of the gantry. Lying on the ground covered in mud it did not look at all impressive and they were glad to leave it and go to the site of the lorry. The solar powered digger was hard at work but suddenly one of the team shouted STOP. He clambered down into the hole beside the strange hulk, carefully poking around amid tree roots and the dark soil, with the others wondering why he was so agitated.

‘It is, it really is, a petrol can, with the lid on. Of course it might have evaporated… and we’ll have to declare it.’

‘Nooo…’ said Dane ‘just to take the lid off and smell real petrol… if only we had a working engine to put it in.’

‘So who’s to know,’ said a cocky lad ‘we’re not going to tell, or maybe we can get special permission. For my finals exam project I could restore or even build a real internal combustion engine, I’ve been studying how they worked.’

Dane was taken up with the boy’s enthusiasm. ‘My grandfather actually remembered seeing an engine working, pistons going up and down… what a dream.’

THE MORE PEOPLE THE  BETTER THE EXPERIENCE FOR EVERYONE.

at the beginning of the twenty first century.

Everything was out of Dane’s hands now, he was no engineer, but some of the old chaps and the students had worked hard and claimed it would work.

Crowds gathered in the fields above the short stretch of motorway. Gleaming with its new coat of red paint the car stood with its doors open. The president of the Motorway Restoration Society got into the front passenger seat, two other volunteers got into the back and a very proud student took the driver’s seat. A strange noise filled the air and the car moved slowly. Dane sniffed the air, some ancestral memory made the wonderful scent of petrol fumes so familiar. They had done it. The car chugged along to the traffic jam display, then edged slowly backwards, then forwards a little faster, everyone cheered it on. No one knew how long the precious canful of petrol would last.