If you have been worrying about the fate of the stolen gold rosary that Mary Queen of Scots took to her execution, I’m afraid there is no news except for this exciting development…

POLICE have released photos of two ladders thieves used to break into a historic castle and steal treasures worth more than £1 million.

Officers are hoping someone will recognise the ladders which were used to gain access to Arundel Castle last month.

I cannot show the picture of the ladders here in case some readers are offended, but here is a link

In breaking news police have released cctv footage of someone they wish to question.

Someone else in the news was Barbie who has decided to set her fans a good example of helping the environment by wearing upcycled outfits – clothes made by herself from charity shop bargains and fabric finds in the rag bin. Barbie is a talented seamstress despite her congenital rigid hand condition.

Whether you are a mugger, pick pocket or burglar this current pandemic is bad news. With crowds a thing of the past the pick pocket stands no chance of earning a living, while the mugger fairs little better with the streets nearly empty. As shoppers are being requested to use their cards instead of cash, those few people out will probably not be carrying cash. But spare a thought for the burglar; everyone is confined to home, not an empty house to be found. The chancellor has offered no help at all to career criminals, who through no fault of their own find themselves without an income.

There is a ray of hope with an increase in cyber crime; you can make phone calls and send emails claiming to be from Inland Revenue or Social Security, but once you have persuaded some naïve person to part with all their personal details you need to know what to do with them. Most criminals are not clever enough to hack into their own bank accounts, let alone anyone else’s.

So for those who prefer the hands on approach here is how to keep yourself safe. Maintain a low profile, you don’t want to be arrested just for being outside before you have even had a chance to steal. If you are going to mug or pick pocket you must wear gloves and a suitable mask, your usual robber mask will not offer the correct protection. If your victim coughs move away quickly and abandon the attempt. Once you have spotted a suitable victim there is no time to waste, with everyone else keeping six feet away from each other your movements are bound to attract attention. This could be the right time to take on an apprentice, your young nimble son or daughter; if you don’t want to risk the health of you own child you could borrow the offspring of your partner or neighbour. With schools closed, anybody would be glad for someone to take their child out for the permitted exercise period. 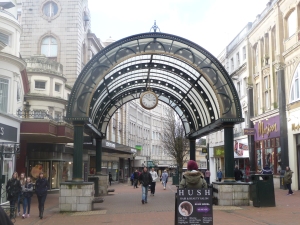 If your modus operandi is armed hold ups, observe the professional code and do not cough or spit at your target; you must adhere to the new social rules and not risk the health of an honest shopkeeper, stick to using your gun or knife. Patience will also be required. Most shops now expect shoppers to queue up outside, six feet apart from each other; to push in will draw attention to yourself and it need hardly be emphasised that you should keep your weapon hidden while you are in the queue. However, looking on the bright side, your getaway will be easy. No one is going to come within two yards of you, let alone try to be a hero and tackle you.

Burglars should take with them cleansing sprays and gloves. If you manage to sneak in an unlocked door or open window, while householders are absorbed watching television or on the internet, well done. Once inside, avoid touching any surfaces; if you can’t find money and valuables easily do not reveal your presence to the residents; it will be hard to keep a safe distance while demanding overenthusiastically where they keep their jewellery.

Good luck everybody, we do not know how long this is going to last, but the golden rule is the same as ever; avoid getting caught, you will not be safe from the coronavirus in gaol.

It was Oliver Twister’s last job. His family, those who were still speaking to him, thought he was going straight. Well robbing a betting shop was not theft, the punters had already given their money away.  His family and the probation officer thought he was clean and he was more or less, given that he could no longer afford to pay the drug dealers. Money was short; hence his latest plan. Nobody would stop him, who would risk their life to save the bookie’s money? Not that they would be risking their lives, but if they believed they were about to be shot or gassed they would flee the shop. 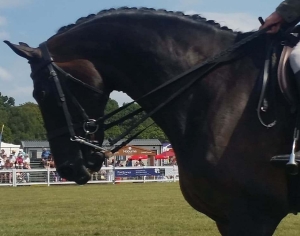 It was Bill’s last visit to the betting shop, that’s what he had vowed to himself. He was supposed to ring his ‘Gamblers’ Anonymous Buddy’ if he got the urge. But this was not gambling, it was a certainty; he had followed the horse since she was a filly and everything was in her favour for the ‘three fifteen’ at Ascot. The jockey had notched up several wins with her, the wet weather made for the soft track that she loved and Ascot was her ‘lucky’ course. When Bill read in Racing Times that the favourite was out of the race with a tendon injury, he knew he must place one more bet. 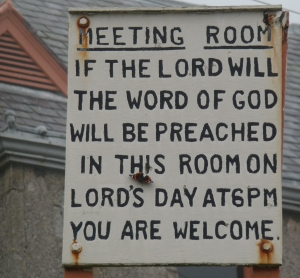 It was Samuel’s first visit to ‘The Bookies’. He had won ten pounds when he bought himself a lottery ticket for his eighteenth birthday, that in itself had been an act of rebellion against his Exclusive Brethren parents. A bloke at work assured him this was a good omen and gave him an excellent tip for the ‘three fifteen’ at Ascot; there was no reason why his parents or the elders of the church should find out. The only problem that he could foresee was that he had not a clue how to place a bet. When he walked into the shop trying to look casual, the first person he saw behind the counter was Lara, the beautiful girl he had worshipped from afar when she was in upper sixth and he was in fifth year.

‘Is it young Sam? I bet you don’t recognise me,’ she trilled ‘don’t tell the elders you’ve seen me working here, my aunty goes to your church. I need a part time job, my student loan isn’t enough.’ She helped him place the bet. ‘Just in time, you can watch it live on the telly in five minutes.’

There was only one other customer in, who looked like a regular, but their cosy chat was suddenly interrupted.

The door burst open and a gun entered, followed by an outstretched arm belonging to a large man wearing a contraption on his face that looked like a gas mask. They could not hear properly what he said, but they got the general idea when he waved his gun at Lara and Samuel. As Lara screamed, another primeval cry came from Bill the regular punter. He launched himself at the masked man, catching him off balance, but it was not enough. For a split second Samuel was paralysed with fear, but he focused on the dangerously waving arm and pistol.

Somehow the robber was face down on the floor. The older punter was sitting on him and Samuel had the arm pinned to the floor.

Samuel knelt on the robber’s wrist to make sure the weapon stayed at floor level, pointing away from them. A muffled cry came from the robber.

‘Shall I press the alarm’ said Lara, rather belatedly.

‘Not yet love, the race starts in two minutes.’ Bill pressed down heavily on the robber’s shoulders. ‘Nobody robs our bookies, no one threatens our Lara.’ He felt like a cowboy.

A faint gurgle was the only reply.

It seemed a long wait till the race started, but in seconds it was over. Bill cheered, while a confused Samuel asked which horse had won. Lara pressed the button.

The police were quick to arrive and Lara was thrilled to be surrounded by hunky officers, who seemed more interested in her welfare than the prisoner.

‘I pressed the alarm button straight away’ she said.

‘Well done.’ They turned to the men on the floor. ‘Okay chaps, don’t move till we’ve got the handcuffs on.’

Suddenly all hell did break loose, one officer was urgently calling on his radio for an ambulance, while the others whipped bits and pieces out of their first aid pouches. Something was put on the robber’s blue face and a policeman started blowing, while another pressed on his chest.

Just as Lara kissed Sam’s cheek to thank him for saving her life, he looked down at the body and realised the full implications. He fainted.

Bill raised his feet while Lara patted his cheek.

The paramedics shook their heads, but soon had the man on a stretcher with an oxygen mask where the gas mask had recently been.

As the sirens receded into the distance the remaining officers chatted for a few moments in a surprisingly light hearted manner. Bill thought he heard one say ‘Oliver Twister’s finally got his come-uppance then, he won’t be missed.’

They put on more serious expressions as they turned to the two men.

‘We have to arrest you for murder of course, but it seems like a clear cut case of self defence, the CCTV will prove you saved the young lady’s life. You don’t need to worry about being charged with murder.’

‘CCTV,’ groaned Bill ‘I’m not worried about the murder charge… my wife will kill me when she finds out where I’ve been.’

‘We won’t be on the news will we?’ said Samuel ‘How am I going to explain this to my parents and the elders?’

‘At least you both won some money’ said Lara sweetly.