The first national park I knew well was Jellystone Park, home of Yogi Bear, one of my favourite television cartoons. He wasn’t the only bear in the woods; closer to home I spent my early years in the Hundred Acre Wood with Winnie-the-Pooh, the real teddy in AA Mine’s books, not the Disney animated version; I have never left that wood!  And there was the more sophisticated Rupert Bear who lived in pine woods much like the ones we visited on family outings.

More exciting was our first and only holiday in the New Forest when I was eleven. As I loved ponies it was heaven; cattle, ponies and donkeys roaming around open land. There were also the dark woods carpeted with green velvet moss and the seaside, pebble beaches facing the Isle of Wight. 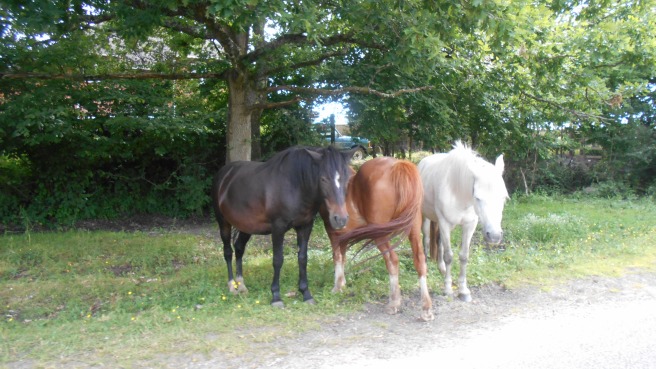 The New Forest is very old, William the Conqueror designated the area his Nova Foresta in 1079; forest then meant any area of land reserved exclusively for hunting. I do not think he would be pleased to see so many commoners enjoying themselves there today, it is still mostly crown land. The newest thing about the forest is its designation as a National Park in 2005.

People live and work in the forest, there are towns, campsites and all sorts of activities, but it is still a vast area of natural habitat with ponies and other livestock having right of way. The Verderers look after The Commoners rights to graze their animals. In the late summer and autumn, round-ups, or ‘drifts’ are held throughout the forest to treat any health problems the ponies and cattle may have, and to keep a count of the stock roaming the Open Forest. Mares and foals are marked during this time – foals are branded and the tails of mares are cut in distinctive patterns. 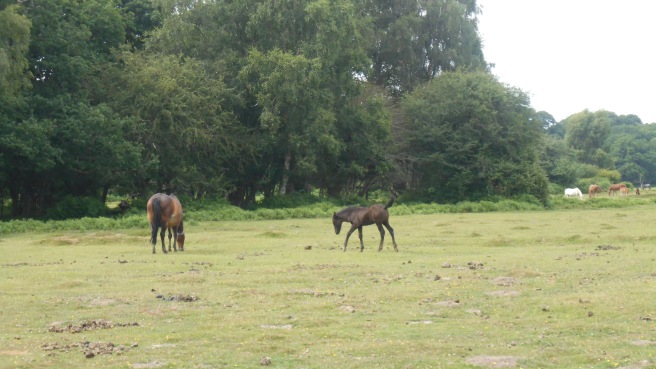 When we first moved to nearby Bournemouth I read in the local paper that bears were to be reintroduced to the New Forest, that seemed an exciting idea until I read the date at the top of the page, April the First. But rewilding has been seriously suggested for remoter areas.

Britain once looked very different with vast natural forests, glades and wild spaces; wolves, bears and lynx roamed the land. The first Britons lived alongside woolly mammoths. Humans chopped down the trees to make space for farms and hunted the large animals to extinction, we have no natural predators to keep down deer numbers.

We took our recent visitors and their children for a visit to the New Forest, cream teas at a lovely cafe that used to be a railway station, paddling in the river, a cow being chased off the cricket field, more cows wandering in the car park. Close to nature, but not really part of the ancient forest. How amusing it would be to see keen photographers surprised by a bear coming into view, or families having their picnics stolen. 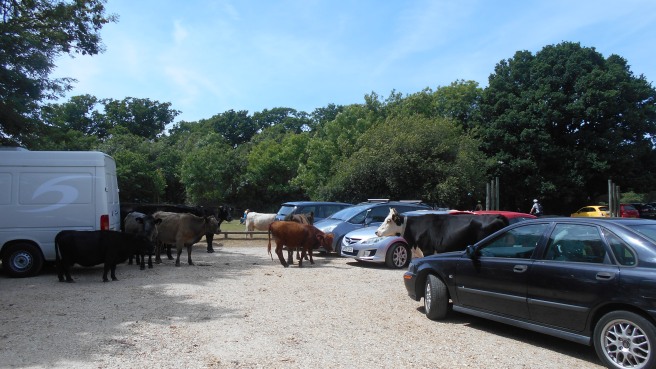 You may still meet another ancient being in the forest, The Green Man…

There’s a New Forest theme at my website this month, read two dark short tales and enjoy a day out in Beachwriter’s Blog. 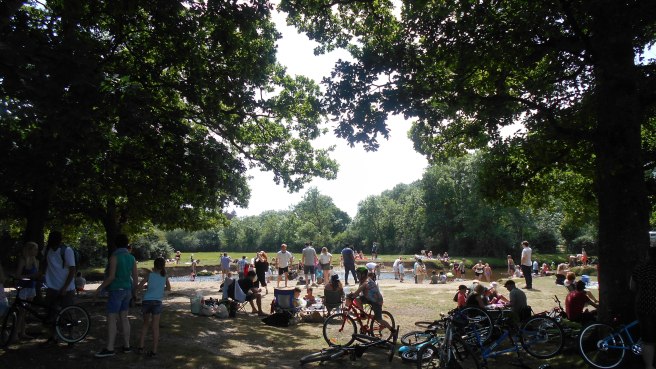 As well as short stories, I enjoyed using the New Forest as one of the settings in my novel Three Ages of Man; the bewildered stranger has to find his way from Waterloo Station down to Brokenhurst and hike to a secluded cottage, there are many places to hide in the woods.

5 thoughts on “If you go down to The Woods today…”