Here are the news headlines.

At the international summit of newscasters it was unanimously decided to cease broadcasting news. This was in response to research that shows a constant diet of disasters and war has a detrimental effect on the mental health of individuals and the population as a whole. Experts also believe that constant attention to the behaviour of the worst world leaders and the narcissism of celebrities only encourages them. 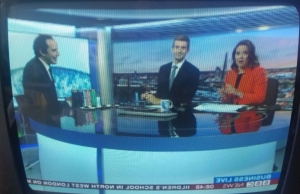 And in other news…
Cleaners were called to aisle nine at a Sainsbury’s supermarket after an incident involving a customer and a large jar of pickled beetroot. Broken glass was found at the scene, but no injuries were reported.

A family of five were left to survive on pot noodles when their planed meal ended in disaster. Mrs. Smith was quoted as saying ‘The butter was already melting in the frying pan for the omelette when I suddenly realised I had forgotten to buy the eggs.’

A man was left penniless when his local cash machine would not dispense any money. He was forced to walk two hundred yards up the high street to the next machine.

Residents were evacuated safely from a two storey block of flats when a fire alarm was accidentally set off.

A passenger revealed the details of her nightmare journey when roadworks caused a traffic diversion. ‘I would have caught the number fifteen if I had known, I don’t usually get the number fifteen because it goes all round that estate where my sister used to live, though I used to get it when she did live there. Anyway, I got on the number fourteen outside Boots and low and behold I thought why are we turning here? I’m going to be late for the dentist… I started going to him in town as the ones round the corner were useless when I needed my root canal done. Five minutes late I was, though I needn’t have worried as the chap before me took extra time… 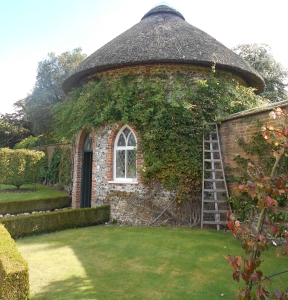 Work has been delayed yet again on a pensioner’s shed after his drill bit broke. Staff at his local B&Q saved the day by showing him to aisle 17b where he found the correct size.

The search continues for a five year old missing since Boxing Day. The white and tabby cat named Tibbles was last seen under the Christmas tree. His owner, who asked not to be named, said he had never gone missing before and blames herself for being away from her computer. ‘He usually drapes himself over the keyboard as soon as I sit down at my desk.’ 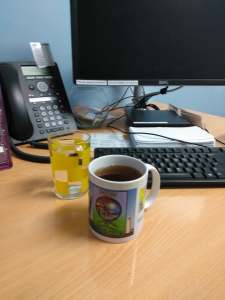 Record numbers of shoppers did not attend the Boxing Day sales.

An unknown author was unable to post her blog as her new computer said ‘NO’. Returning from the Christmas break she switched it on, only to read constant messages saying it was updating and restarting.

23 thoughts on “Silly Saturday – No News”